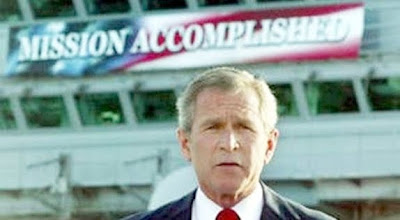 That's what their calling it. A result of he busiest July ever for Vancouver Real Estate, both in Greater Vancouver and in the Fraser Valley.

And according to the Vancouver Sun, first-time homebuyers are driving the market.

Faithful readers will recall several posts I made earlier this year about how all the propaganda being pushed out by the Real Estate Associations was targeting first time homebuyers in a desperate attempt to grease the wheels of a real estate machine that had begun seizing up.

Paul Penner, president of the Fraser Valley board, notes the effect of luring the first timer's back. “That volume creates a significant ripple effect as the sellers of those homes move up,” Penner said in a news release.

Jake Moldown, president-elect of the Vancouver real estate board, concurred.

He said first-time buyers who entered the market during the boom a couple of years ago now feel comfortable moving up the property ladder.

“They understand what a mortgage is and they’re comfortable with their payments, and now they’re looking to step up,” Moldown said.

So it's Mission Accomplished for the real estate associations.

But I have said it before, and I will say it again... cheap interest rates are the one and only reason real estate is selling.

We have created a mini bubble, which was the whole point of the Bank of Canada flooding the market with 2% and 3% mortgages.

It's as if the nation has completely forgotten about collateralized debt obligations.

This boom you are seeing is the last silver bullet that our central bank and government can fire. It has staved off the wholesale collapse we have seen in the United States.

When we look back at the stock market collapse of 1929, no one could foresee the subsequent collapses of 1932 and 1937.

Investors are banking on the belief that the economic recovery has started. But just because believe something doesn't make it true. People believe that there is a recovery... and that it is the result of stimulus efforts by the feds.

However the results from the second quarter show the economy still contracting... albeit at a slower pace, just -1% annually, rather than the -6.4% recorded in the first quarter. This is heralded throughout the world as proof that the crisis is receding.

It if weren't for stimulus spending, the contraction [in the 2nd quarter] would have been closer to -4%.

It's how the government has been staving off collapse in the general economy.

In 1930 the world had thought the economy had recovered. Seventy-nine years later, most people cannot remotely fathom how a populace couldn't have realized that they were in the grips of 15 years of difficult economic times.

The stage is being set for our generation to understand it... succinctly.

On Vancouver Condo Info, there was an interesting comment posted by a mortgage broker:

“I am lender and have first hand knowledge regarding speculators holding out. Most of them have VRM (variable rate mortgages) of 0.75% to 0.90% below Prime. So currently their mortgage rate is between 1.35 to 1.50%. How many of them lock up into 5 year term when the rate was 3.5%? Very few. It is very hard for a person to lock up with a 2.0% rate increase rightaway especially if they are thinking short term to sell. I have none of my clients lock up. So if the Prime goes up next year by big numbers, you will see lots of blood.”

Yes, yes we will.

Please read disclaimer at bottom of blog.
Posted by Whisperer at 1:49 AM