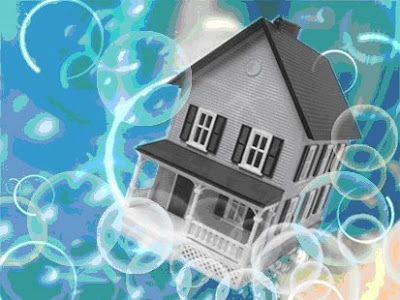 Mark my words, dear reader. The dog days of summer, 2009 will go down in history as the pinacle of our housing folly.

In the same week that we find out that July broke all time sales records for real estate in the Village on the Edge of the Rainforest, Stats Can informs us that the July job loss number were five times worse that most analysts were predicting as 45,000 net workers were officially pushed to pogey.

The unemployment rate stayed steady at an 11-year high of 8.6%, but that's only because discouraged unemployed people, mainly youth, gave up searching for a job.

An economy can still grow if employment stagnates. But an economy can't muster growth if jobs are being destroyed. The all-important consumer spending power will never jump start things under these conditions.

As we predicted several months ago, tourism jobs have been hit hard given the recession in the U.S. and Canada, border issues, fall-like weather in July in most of the country, and the high cost associated with the Canadian dollar.

But it's the private sector that is taking the heaviest blow. Employment fell by 75,000 positions, bringing total job losses since last October to 436,000.

July's private-sector losses were the worst since the record-breaking decline in January. A 35,000 rise in self-employment partially offset the drop, but economists tend to be leery about self-employment numbers in the depths of a recession because self-employment is often a last resort.

The self-employment gain “is not necessarily a good thing as it underscores the lack of opportunity in the formal job market,” said Charmaine Buskas, senior economics strategist at TD Securities Inc. “And as workers have fewer job prospects and bargaining power, wages have obviously suffered.”

Since October, the work force has contracted by 2.4%, all in full-time work. Most of the losses have been in manufacturing, construction, transportation and warehousing.

And yet, in the Village on the Edge of the Rainforest, we have a huge wave of first time homebuyers entering into bidding wars for real estate. They are assuming mortgages with record low downpayments and 35-year amortizations only because they can take advantage of dirt cheap, manipulated mortgage rates.

If housing prices drop by as little as 8%, anyone of these new home buyers who have bought in 2009 could end up in an underwater position - just like that.

And with a worsening job picture, a private sector being decimated by the economy, a federal finance minister who warns the country to "prepare for even more job losses", it all adds up to a precarious position where all it will take is a little push for our bubble to burst in a spectacular fashion.

Sound crazy? Well how's this for a sign of the crazy times? BCTV (or Global), the undisputed king of private broadcasting in BC, just reported that it's parent company defaulted on an $18.5 million US interest payment to bondholders.

This in not an environment that can support a rising real estate market.

(P.S. For those keeping track there were three bank failures in the United States today bringing the year's total to 72)

Please read disclaimer at bottom of blog.
Posted by Whisperer at 8:10 PM