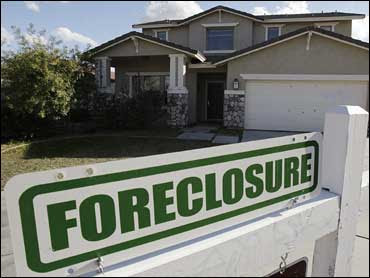 As we said yesterday, US housing statistics are significant because mortgages are a significant part of the foundation of the U.S. banking system. If they stabalize, it will encourage more lending and, in turn, help get the economy on the mend.

Today RealtyTrac came out with their U.S. Foreclosure Market Report.

A total of 336,173 foreclosure filings — default notices, auction sale notices and bank repossessions — were reported in June 2009, a 5% increase from the previous month and a 33% jump from June of 2008.

The foreclosure filings were the fourth straight monthly total exceeding 300,000 and helped to boost the second quarter total to the highest quarterly total since RealtyTrac began issuing its report in the first quarter of 2005.

Meanwhile another report estimates the percentage of properties “underwater” will rise to 48%, or 25 million homes, as property prices drop through the first quarter of 2011. Deutsche Bank analysts Karen Weaver and Ying Shen note that Deutsche Bank estimates 26% of homeowners are currently underwater. That means this figure will almost double in the coming year.

I guess Deutsche Bank didn't get the memo about house prices finding a bottom.

And where does Deutsche Bank sees the next wave of trouble coming from?

From the formerly secure, blue chip mortgages involving larger valued mortgages for properties from prime mortgage holders (in the US known as Jumbo and Jumbo Prime).

"While subprime and Option ARMs are currently the worst cohorts with underwater borrowers, we project that the next phase of the housing decline will have a far greater impact on prime borrowers (conforming and jumbo) ... By Q1 2011, we estimate that 41% of prime conforming borrowers and 46% of prime jumbo borrowers will be underwater, a significant increase over the percentage of these borrowers in Q1 2009. The impact of this is significant given that these markets have the largest share of the total mortgage market outstanding."

One of the biggest components of the US government plan to help US homeowners is to encourage banks to modify mortgage loans and 'work with' homeowners.

The problem is modification won't help these home, errr... debt-owners. Most modifications just capitalize missed payments and expenses, and either lower the interest rate for a few years or extend the term leaving the homeowner underwater.

In fact so ineffective is the US goverment 'modification' initiative that these modifications have come to be jokingly referred to as 'pretend and extend'.

Pretend and extend. Almost sounds like they're describing this 'supposed' recovery phase we are entering.

Please read disclaimer at bottom of blog.
Posted by Whisperer at 2:49 PM

Email ThisBlogThis!Share to TwitterShare to FacebookShare to Pinterest
Labels: US Foreclosures, US Housing