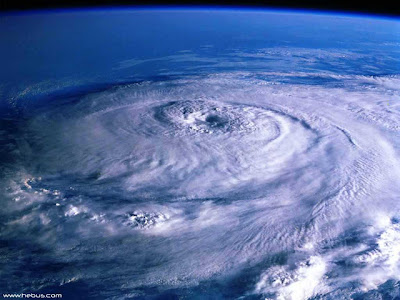 US Federal Reserve Chairman Ben Bernanke recently testified to Congress that he foresaw a “jobless recovery” on the horizon.

How can an economy burdened with double-digit unemployment recover without new jobs?

In recent decades there have been some jobless recoveries from mild recessions, but they were built upon asset booms.

Today we face a very deep recession as the asset boom has collapsed (althought in the Village on the Edge of the Rainforest this is still pending). A jobless recovery in an economy based on 72% consumer spending is an oxymoron. Unless our economy can go through a needed and painful reorganization, in which the industrial sector is revitalized, recovery from this recession will have to be based upon consumer demand.

But with unemployment in the US increasing at over 500,000 workers a month (and 45,000 in Canada), with wages dropping, and with hours worked declining, it is hard to see consumer demand rising convincingly enough to provide the engine for a rebound.

Added to this conundrum, credit remains tight, despite the injection into the banks of vast amounts of Fed funds at zero percent. And, for the first time, banks are being paid interest on the reserves required to be held at the Fed. Paradoxically, this hidden taxpayer boost to banks’ earnings is one of the prime reasons for tight credit. What bank would lend to corporations or individuals, incurring risk, when it can lend to the Fed – at considerable profit – without risk?

With the consumer still in shock and denied credit, why do some indicators appear positive?

The short answer for this is massive deficit and stimulus spending by our federal governments.

That's why some consumers have ‘handout’ money to spend. And it’s no surprise that after a massive sell-off, certain retailers are refilling their inventories, causing the Purchasing Managers’ Index to rise.

But looking ahead, there is a $3.4 trillion commercial mortgage problem due to face the US banks in September and a huge wave of residential mortgage defaults to come.

When you combine this with the various pressures on consumers, it appears to me that we aren't on the cusp of any recovery, but that we are actually in the ‘eye’ of an economic hurricane.

When jobs fail to materialize and credit remains frozen, look for corporate earnings to remain depressed. This reality can only be ignored for so long.

US equities have just come off their best July since 1989. Overall, the market is up over 8% for the year. But history has a parrallel to today.

March 1989 also saw a huge run up. It was followed by an even stronger rally in July, during which volume dried up. It appears the same is happening now. What came next in 1989 was a big sell-off in September, followed by an even greater one in October.

Don't look now, but history tends to repeat itself.

Also, consider the fundamental picture. We have rallied 48% from the March lows on the back of what? Good earnings? Good employment figures? Good spending figures? Expanding GDP?

We have rallied based on one of the largest and most concerted propaganda campaigns ever waged, supported by government stimulus. But no government can stimulate forever. The bottom line is this, if Americans and Canadians do not return to work, THERE IS NO RECOVERY.

Compounding all of this is another job-loss statistic.

There are 30 million people in the United States on food stamps. There are only 200 million working-age Americans (age 15-64). Unemployment has been estimated by many good economists as being around 20%. Unfortunately for these people, their nanny-government lifeboats are slowly running out of air.

And how about the other 4 million others who lost their jobs in the first half of this year? They will be next. The numbers get so depressing, I hate to even count them up.

As I have said before, unemployed people don't spend money. They don't buy technologies, or durables, or even pay their mortgage. US bankruptcies are up 600% in this recent downturn. And that includes the time after Congress affected new rules to make bankruptcy harder.

So who is going to pay for anything when they are struggling to buy groceries?

If the equity averages are already rallying on the back of these horrible stats, there is nowhere to go but down when the real truth sets in.

When the realization comes, look for another round of collapses. I see the stock market crashing below 5,000 on the DOW.

Particularly if autumn heralds a rise in interest rates.

Please read disclaimer at bottom of blog.
Posted by Whisperer at 4:06 AM