Is the stock market the latest Fed bubble? 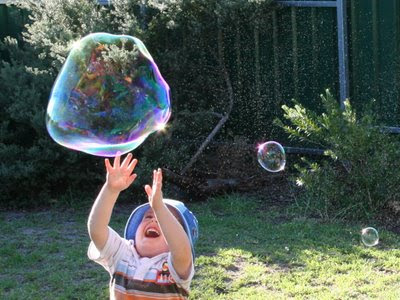 The transformation of Vancouver real estate prices from the stagnancy of the mid 1990s (when prices were flat or increased at historical normals) to a situation over the last 9 years where double digit increases became the norm was a result of the worldwide influx of cheap money.

After the dot-com collapse of 2000/2001, a dramatic wave of inducements entered the financial markets to resusitate the economy.

Led by the US Federal Reserve under Allan Greenspan, interest rates were dropped making money cheap to borrow at the highest levels of the finance world.

Thus began the greatest campaign in history to get you - the consumer - to borrow money.

That money instigated a world-wide boom in real estate (and consumerism).

Year after year property increased to the point where annual minimal 10% increases were not only anticipated... but expected. But the bubble has lead to a spectacular crash in most of the world, particularly the United States.

The US Federal Reserve has spent the past year cleaning up after the mess of that housing bubble crash, a mess it created.

But in attempting to cleen up, has the Fed been responsible for pumping up another bubble, this time in stocks?

To head off the worst downturn since the Great Depression, the US central bank has slashed interest rates while funneling money to banks.

Recently the Federal Reserve has won praise for its efforts. The pace of job losses has slowed (although losses still pile up), and there has been a modest recovery in output.

Stocks, however, defied that modest rebound, having bounced back with startling speed.

Since global markets hit their bottom in March, the S&P 500 has jumped 51% -- even as the outlook for economic recovery remains dim.

"This is the most speculative momentum-driven equity market since the early 1930s," Gluskin Sheff economist David Rosenberg wrote in a note to clients Monday.

The rally has occurred, in part, because investors perceive the worst-case scenario -- a 1930s-style Depression -- is off the table.

And while the gains have been remarkable, they come after an even bigger decline.

Keep in mind that despite the massive rally, the S&P is still down 16% since Lehman Brothers collapsed in September.

Has the bounce back been justified?

The underlying fundamentals of the economy appear week. If the foundation isn't there, the smart money still fears that this is a bear market rally.

Worse, the evidence suggests that the surge we currently have is nothing more than another Fed financed speculative mania that could end in another damaging rout.

Consider... recent weeks have brought huge rallies in some of the lowest-quality stocks -- including firms such as AIG (AIG, Fortune 500), Fannie Mae (FNM, Fortune 500) and Freddie Mac (FRE, Fortune 500). These firms are being propped up by the government and are unlikely to return to health any time soon.

What's more, this year has brought an 80% surge in emerging market stocks, while the dollar has posted a 10% decline since March.

A declining dollar and surging emerging markets were the hallmarks of the credit-fueled bull run earlier this decade.

"We have put the band back together on a lot of this," said Howard Simons, a strategist at Bianco Research in Chicago. "That couldn't have happened without liquidity."

And there's the rub. Liquidity is a nebulous concept. You can't dispute the fact that that central bankers around the globe have poured huge amounts of money into the markets to ease the financial crisis.

And given free money, investors' appetite for risk shoots higher and they start to gobble up stocks.

But when the outlook for economic growth doesn't seem to support the higher stock values, what happens?

"Many observers are wondering whether the strong stock market rebound since mid-March is already a forerunner of the next recovery or simply driven by a reflux of liquidity into riskier asset markets," Deutsche Bank Research analyst Sebastian Becker wrote in a report last month.

And that's exactly why I feel that the stage is being set for another huge crash.

Fed officials have stressed that investors shouldn't worry... that they will start to unwind their financial support programs at the earliest sign of inflation.

Given the cost of cleaning up after the last real estate bubble, Becker writes that "this time, policymakers are unlikely to remain inactive should they suspect the formation of another asset price bubble."

But isn't that exactly what we are experiencing with this stunning stock market rally? Another asset price bubble?

Central bankers are loath to pull back on their support for the financial system before it's clear the economy has staged a stronger recovery. And the Fed has a long and painful history of ignoring asset price inflation.

"The central bankers have this textbook belief that the only inflation is the kind that appears in consumer price indexes," said Simons. "They don't believe what they're doing could cause an asset price bubble."

But I would suggest to you that is exactly what they have done. Ben Bernanke's efforts to prop up the financial system has created a new bubble.

And I fear we will suffer the consequences again in very short order.

The bear market trap is getting ready to spring shut.

Please read disclaimer at bottom of blog.
Posted by Whisperer at 4:15 AM