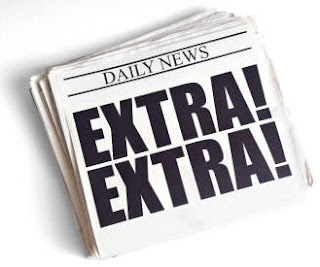 The US Labor Dept. released it's non-farm payroll numbers this morning and the results are sending precious metals higher as expectations explode for QE3.
Nonfarm payrolls were unchanged last month, the Labor Department said. It was the first time since 1945 that the government has reported a net monthly job change of zero!
The August payrolls report was the worst since September 2010, while nonfarm employment for June and July was revised to show 58,000 fewer jobs.
“The bottom line is this is bad,” Diane Swonk, chief economist with financial services firm Mesirow Financial, told CNBC.
The numbers indicate employment growth ground to a halt in August, as sagging consumer confidence discouraged already skittish U.S. businesses from hiring, keeping pressure on the US Federal Reserve to provide more monetary stimulus to aid the struggling economy.
Updates as the day moves along.


Gold and silver have been highly resilient in the face of the traditional bear raids that normally are executed ahead of the Non-Farm Payrolls number that was released today.
While many observers are now looking for a strong showing next week remember that Obama is making an economic announcement in a joint speech to Congress and the Senate.


Caution should be exercised as ammunition might be set aside by the banking cartel to support the Presidential Address with a bear raid on the metals.


Silver is poised to break and there is speculation we will see $60 - $70 this fall. We'll talk about this a little more on Sunday.

Please read disclaimer at bottom of blog.
Posted by Whisperer at 6:17 AM