Tues Post #1: So what happened to all the Asian Money flooding into Vancouver? 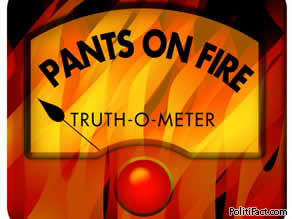 Remember when HAM or 'Hot Asian Money' (and not cheap credit inducing Canadians to overextend themselves) was supposed to be the reason the Vancouver Real Estate market was remaining buoyant?
Back in June of 2010 we were told that Vancouver Real Estate had recoverd from the recession and that a surge in sales in the high end market was supposed to be trickling down to the lower levels and thus keeping sales up across the board.
And the source of that high end money?

China... or so we have been told by the media and Cameron Muir, Chief Economist of the BC Real Estate Association (BCREA) as this Global clip from June 12, 2010 attests to:
The clip tells us that all the money flowing into our Real Estate market is coming from Mainland Chinese who were buying homes here, upgrading their homes here or buying homes for investment purposes.
Muir is very specific, telling us that not only are the largest proportion of buyers of high end homes coming from mainland China, but their presence is what has been maintaining property values.
Global TV summarized and stated, "it means the rush of buyers from China is keeping the Lower Mainland housing bubble from loosing air."
Hmm... okay.  And since early 2010 that's all we have heard about in Vancouver:  'Chinese buyers are snapping up properties and keeping the market strong. No need to worry about a market collapse here, hot asian money is pouring into Vancouver.'
Translated... the message for you and I is the same as it always is from the R/E propoganda machine - buy now or be priced out forever.
Fast forward a year and a bit to today and the myth of HAM remains. Talk to anyone on the street and their view is that 'hot asian money' continues to flow into the market.

But wait! The tune from the likes of Cameron Muir has changed dramatically.
Over on the local CTV station, the dinner hour news last night had a segment on concerns our housing bubble is about to burst. You can find it at this link and watch the video broadcast itself (CTV News - Is Vancouver's housing bubble about to burst?)
CTV's story notes that our astronomical real estate prices combined with global instability have many locals wondering if the bubble is about to burst in Metro Vancouver.

Naturally CTV pops by to have a chat with Mr. Muir.
And the chief cheerleader for R/E in BC does not disappoint. "I guess the first question is - is there a real estate bubble at all?" says Muir.
Cameron goes on to tell us there is no bubble; that the average home price is actually being skewed, inflated by skyrocketing prices for detached homes in Richmond, West Vancouver and the West Side where prices have soared nearly 80% over five years - 27% in the past year alone.


It doesn't make the written transcript in the link above, but if you watch the actual clip there is a very insightful exchange at the very end.
The newscast host (Tamara Taggart) asks, "What about offshore people are they jacking up prices?"
Reporter: "That's kind of a fiction. The Chief Economist of the BC Real Estate Association says a lot of people have heard these rumours but he says only 2-3% of the buyers are foreign investors from mainland China"
Say wha????

Gee Cameron... and where would these 'rumours' have gotten started to begin with?


Muir quick shifts gears and attempts to belay concerns about a looming collapse by saying, "we had a financial crisis, the largest we've seen since the great depression, we had an ensuing global recession, and if that isn't a trigger or a tipping point for any kind of over-inflated market to see a major correction, I don't know what is."
Wow!

First off HAM is a myth, and now you're telling us that because the bubble hasn't popped yet, there isn't one?
One thing I can agree with Muir is that we did have a financial crisis, and it was the largest we've seen since the great depression.

We also had an ensuing global recession.

But as the mainstream is starting to appreciate, that recession is nowhere near being over.

Up until now our government has moved heaven and earth to forstall its effects by slashing interest rates and coaxing our citizens to plunge themselves into record levels of debt by buying real estate and delaying the consequences of that financial crisis.

But the global recession marches on and we can't hide from what's coming.

Muir says, "if that wasn't a trigger or a tipping point for any kind of over-inflated market to see a major correction, I don't know what is."

Again, he's right. But the problem is that the trigger hasn't been pulled yet. Muir makes it sound as though the time for the trigger to be pulled has past us by.

It hasn't.  And when it does get pulled, we will see that tipping point.

It may already be upon us.