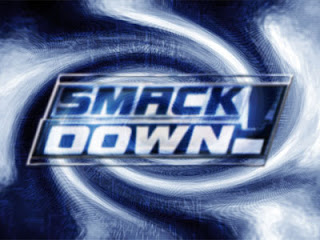 Older readers will recall that Paul Volcker was the Chairman of the US Federal Reserve from August 1979 to August 1987.
He is widely credited with ending the high levels of inflation seen in North America in the 1970s and early 1980s.
Most recently he was Chairman of the Presiden Barack Obama's Economic Advisory Board from February 2009 until January 2011.
In 2004 he did an interview with the 'Nikkei Weekly' newspaper.  They were talking about when the US dollar was devalued against the yen in January of 1973.
What stands out in the interview was a comment Volcker made about central bank intervention to control the price of Gold:
We bring this up because tomorrow in the start of the extra-ordinary 2 day US Federal Reserve Federal Open Market Committee Meeting (FOMC).
The meeting is extra-ordinary because it is rare that the Committee Meeting is ever longer than a day.  But last month current Fed Chairman Bernanke announced that it would be expanded to two days and it is widely expected that the Committee will use this meeting to facilitate in depth discussions of non-traditional Fed market activities.
In other words, Quantitative Easing 3.
The banking cabel loves to smack down gold and silver prior to a market operation. That way, if the metals rally, they have less opportunity to break out and run even higher.
Former Fed Chairman Alan Greenspan made a famous comment in 1998 which reinforced this practice.  He said,
Today we saw a massive raid on both Gold and Silver in keeping with this philosophy as Gold dropped by $35.70 to $1776.40  and Silver fell by $1.67 to $39.11.
But while the manipulated 'spot price' of Gold/Silver fell today, we were presented with further evidence that things in Europe are getting worse.
In a shocking move demonstrating just how bad things are in Europe, the Financial Times is reporting the major European industrial company Siemens has pulled €500 million form a large French bank and deposited the money straight to the Eurpean Central Bank.
The implications of this are stunning.
It means that even European companies now refuse to work directly with their own banks, and somehow the ECB has become a direct lender/cash holder of only resort to private non-financial institutions.
The Financial Times quoted a person with direct knowledge of the matter as saying that the group had withdrawn the money partly because of concerns about the future financial health of the bank and partly to benefit from the higher interest rates paid by the ECB.
Consider the dynamics going on right now with Gold and Silver.
You just had the European Central Bank, the Swiss National Bank, the Bank of England and the US Federal Reserve act in concert to try and suppress the price of Gold/Silver while the SNB devalued the Swiss franc.
Then the group of central banks collectively put together a bailout liquidity facility in place to keep the Europen Union banking system from collapsing and also moved to try and supress Silver and Gold.
And now you have the big smack down in advance of the FOMC meeting.
At some point Silver and Gold are going to have a "snap-back" reaction in its price that could be quite breathtaking.
The massive emergency funding programs being put in place will eventually have to be monetized by central banking printing presses and transferring liabilities from the banks to the Taxpayers - just like in 2008.
It's going to get really interesting over the next 3 months.
==================

Please read disclaimer at bottom of blog.
Posted by Whisperer at 6:07 PM