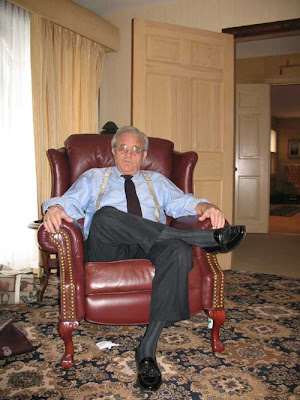 Yesterday was a significant day.

Besides the 80th anniversary of Black Tuesday, the day marked an important signpost on the winding road of interest rates.

As reported in Bloomberg, the US Federal Reserve's seven-month $300 billion treasury purchase program ended on Thursday.

The treasury purchase program was responsible for keeping interest rates artificially low in the face of global concern about the dollar, U.S. deficits, and the U.S. financial system.

Most importantly, lower interest rates have helped keep both Canadian and U.S. mortgage rates down, thus supporting the housing market.

What will happen to U.S. treasury rates, and by association the economy, housing, and asset markets, once this program ceases?

Will the US move to authorize more purchases?

Interestingly there is a possible political showdown in the offing with a couple of important dates on the horizon.

On November 4th the Federal Open Market Committee (FOMC) meets. This committee is comprised of the 'bigwigs' of the US Federal Reserve and most likely will discuss the timing for the exit from economic stimulation. The Committee will meet only days before the next G20 meeting.

On November 7th, that next G20 meeting will take place.

In attendance will be the BRIC nations (Brazil, India, and China) who will anticipate a cessation of quantitative easing (QE) and a commitment to establish a currency alternative to the US dollar.

The proposed alternate to the US dollar would take the form of Super Sovereign Currency. This is not an intended as an immediate substitute for the dollar as a reserve currency but rather an alternative in new commitments.

As for QE, back in the middle July at the USA/Chinese Washington Financial Summit, China supposedly struck a deal to buy US Treasuries so as to let the Fed back off their US Treasury instrument auction QE.

As I understand it, the BRIC countries, not China alone, have given the US until early November to deliver on that pledge. The most influential BRIC nation, China, has been clear in it's desire to see the end of the US Federal Reserve's policy of Quantitative Easing.

Will they get both of these things? The first indication will come on November 4th at the FOMC meeting.

Jim Sinclair, perhaps the most successful commodities trader of all time and a frequent CNN and CNBC commentator, has been counting down the days to these two meetings and November 7th in particular.

That's his picture at the top of the post.

Back in August, Sinclair postulated on his website that these meetings will be the trigger for a dollar collapse.

Sinclair argues that there is a conflict brewing between the US Federal Reserve and the US Treasury on whether or not it's time to end the financial stimulation. Sinclair believes Bernanke will loose the battle to Geithner, a development which will not sit well with China et al and Sinclair believes the fallout will be significant.

Sinclair reiterated this forecast on Tuesday.

Now make no mistake, Sinclair is a hard core gold bug and the gold bugs have been seeing the collapse of the dollar everywhere recently.

But even so, ya gotta love anyone who gives a definitive date for such a dramatic event and announces a "countdown to the implosion of the dollar" on his website almost three months in advance.

Just for the chutzpah value alone, it's worth watching to see what happens.

Please read disclaimer at bottom of blog.
Posted by Whisperer at 12:07 AM