The Quote of the Year 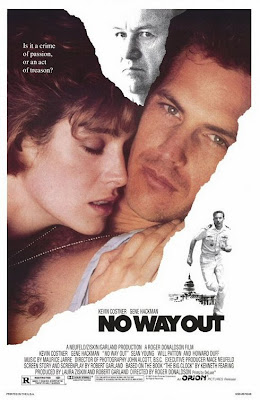 Decades from now, when Canadian historians reconstruct the financial morass that was the early 21st Century, they will cite October 22nd, 2009.

That was the day the Bank of Canada clearly acknowledged they could see what was happening, but were powerless to act.

On October 22nd, 2009 Bank of Canada Governor Mark Carney says he has “some concern” that the surge in the housing market is unsustainable, although for now the boom in home buying remains a significant factor in Canada's economic rebound.

(Say wha... ???? You know it is a huge problem but you won't intervene because it will crush our immaculate economic recovery?)

“We are watching the growth in consumer credit in Canada. We expect prudence from lenders. We expect, and we have confidence in, prudence from Canadians. We remind people that borrowing is for the period you are going to borrow, not just for the moment you take out the loan.”

Back on July 20th and July 22nd we talked about CMHC and the dangerous situation that was developing.

The housing market in Canada avoided a US-style collapse because the federal government of Stephen Harper's Conservatives in 2007 directed the CMHC to dramatically change its rules to create relatively very loose lending requirements.

In 2008, in an effort to further prop up the real estate market (when affordability nosedived), the Harper government directed the CMHC to approve as many high-risk borrowers as possible and to keep credit flowing.

These efforts combined with the Bank of Canada's historic low interest rates is what has kept the Canadian economy from crashing... and has prevented calamity in the real estate market.

This policy drew many Canadians, who otherwise couldn't afford to buy homes, into the market. As we quoted the BC Real Estate Association back in May, "first-time buyers were largely absent in the late fall and winter, making it more difficult for move-up buyers to sell their current homes." These combined efforts rectified that problem and, "the chain of ownership is now being oiled."

But that 'oil' was so disturbing that even bank economists themselves came out to state their concerns.

As we noted in our post of September 18th, Scotiabank economists Derek Holt and Karen Cordes said, "lenders have been scrambling to get enough product to put into the federal government's Insured Mortgage Purchase Program over the months, and that may have translated into excessively generous financing terms."

Holt suggested that in two or three years - or whenever the Bank of Canada increases interest rates - many of these mortgages would be at risk.

How can this happen?

Because over 90% of existing mortgages in Canada are "securitized." Mortgages have been pooled and then issued as new securities backed by the pool. They are called MBSs, or Mortgage Backed Securities.

(which, btw, is what was done with sub-prime mortgages in the U.S.)

Credit is still tight in the U.S. because no private investor has the stomach for such risky MBSs.

But in Canada, risky MBS's sell to eager investors. Why?

This high-risk maneuver is what allows money to continue to flow for mortgages. And banks dole out this money recklessly because they bear no risk if borrowers default; the loans are all guaranteed by the federal government.

This is how someone in the Lower Mainland can get a $550,000 mortgage with a phantom 5% down payment, a mortgage that can only work if he has two tenants sharing the house with him and if he keeps his interest rate at 3.79%

CMHC's easy-money resulted in a 9.3% increase in Canadian household debt between June 2008 and June 2009. And while real estate in the rest of the world is collapsing, house prices in Canada have actually increased. In some provinces there is a shortage of houses for sale because credit is flowing everywhere.

This massive mortgage scheme is keeping up the appearance of an economic recovery in our country and it is what is preventing the natural playing out of the recession in Canada.

Is there any chance the Bank of Canada will apply the brakes to this 'economic solution' because of the danger it plays in creating a US-style (sub-prime) mortgage situation?

Carney is caught between a rock and a hard place.

He knows the policy is creating a time bomb in housing, but he can't intervene because he fears any intervention right now will destroy the fragile economic recovery that has set Canada apart from the United States and the U.K.

Instead Carney calls on banks and Canadians to exercise 'prudence', as if this will exonerate him from responsibility when catastrophe strikes.

The Governor dithers saying that, “obviously, consumer borrowing cannot not grow faster than the economy forever.” The BOC says it will opt to 'study' the issue instead of taking action. It will have more to say when it releases its review of the financial system in December. "In particular the BOC will break down the home buying by income groups to see if people might be taking out loans they won't be able to afford as interest rates rise."

Like Kevin Costner in the movie 'No Way Out', Carney runs around the corridors of power trapped like a rat in a maze as he desperately tries to delay and delay.

This is going to end badly and all Canadians will suffer for Carney's folly.

Please read disclaimer at bottom of blog.
Posted by Whisperer at 2:52 AM

Email ThisBlogThis!Share to TwitterShare to FacebookShare to Pinterest
Labels: Bank of Canada, Carney, CMHC, Kevin Costner, No Way Out, Quote of the Year