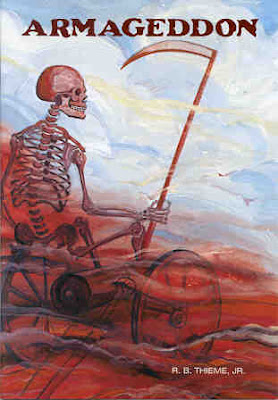 If you dropped into our little corner of the world wide web that day you would have seen this post titled 'All New Ground'.

History unfolds slowly. Seven months later, are we at the precipice of seeing this prediction play out?

The last few weeks have seen the start of that US Dollar crisis. And yesterday, that crisis racheted up a notch when it was revealed that, over the last three months, banks put 63% of their new cash into euros and yen - not the dollar.

This is almost a complete reversal of the dollar's onetime dominance for reserves.

According to Barclays Capital, the dollar's share of new cash in the central banks around the world was down to 37% - compared with two-thirds a decade ago.

Currently, dollars account for about 62% of the currency reserve at central banks, the lowest on record said the International Monetary Fund.

Investors and central banks are snubbing dollars because the greenback is kept too weak by zero interest rates and a flood of greenbacks in the global economy.

According to the New York Post, "Economists believe the market rebellion against the dollar will spread until Bernanke starts raising interest rates from around zero to the high single digits, and pulls back the flood of currency spewed from US printing presses."

Think about that statement for a moment.

"Raising interest rates from around zero to the high single digits."

Remember last week we talked about how California had to raise the yields on it's debt sale to sell it's bonds?

This morning the impact of these moves in the bond market hit us here in Canada.

Each of Canada’s big banks this morning is increasing the cost of taking out a mortgage. While there were some differences in the details of changes made by the banks to their mortgage rates, the announced hikes put all their five-year fixed closed rates at 5.84%, an increase of 0.35 of a percentage point.

That's an overnight hike of 7% to five year mortgage rates.

And that's without any prompting from the Bank of Canada - whose historic low rate of 0.25% remains intact.

Why? Because the cost of money in the bond market is rising.

The stage is being set for an unavoidable outcome. And when people look back at 2009 they will look at this date as the day we began our march to Real Estate Armageddon.

Today's Independent newspaper in the UK notes that, "the willingness of foreigners to hold dollar assets as opposed to, say, euro assets has allowed American citizens to consume beyond their means for many years. Of course, it wasn't just the Chinese and the Russians who were lending to the US. Others did so via their purchases of US mortgage-backed securities (MBS). But if the collapse in the MBS market exposed the first chink in American economic armour, a rejection of the dollar as the world's reserve currency could expose an even bigger hole. If other nations begin to believe the US is happy to allow its currency to plummet, they may all head to the exit at the same time.

A dollar collapse would be a disaster all round. It would drive up the cost of borrowing in the US. It would leave the international monetary system short of stability and long of fear. It would unleash economic upheavals on a similar scale to those seen in the 1970s."

Interest rates that high in this day and age will trigger real estate Armageddon here in Greater Vancouver.

Please read disclaimer at bottom of blog.
Posted by Whisperer at 3:14 AM