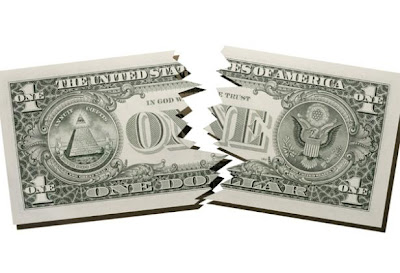 We've talked about it often.

The US dollar's status as the world's reserve currency is the only reason the United States has been able to play fast and loose with it's finances and treasuries without triggering hyper-inflation and a dollar collapse.

But with each passing month, critics claim the status of the dollar as the Globe's de-facto reserve status is being threatened.

And now one faithful reader sends us news of another signpost on the road to calamity.

This morning's London Independent newspaper is reporting that Arab states have launched secret moves with China, Russia and France to stop using the US currency for oil trading.

If true, this represents one of the most profound financial changes in recent Middle East history.

The Independent reports that these plans have been confirmed by both Gulf Arab and Chinese banking sources in Hong Kong. According to the Independent, Gulf Arabs – along with China, Russia, Japan and France – will end dollar dealings for oil, moving instead to a basket of currencies including the Japanese yen and Chinese yuan, the euro, gold and a new, unified currency planned for nations in the Gulf Co-operation Council, including Saudi Arabia, Abu Dhabi, Kuwait and Qatar.

Secret meetings have already been held by finance ministers and central bank governors in Russia, China, Japan and Brazil to work on the scheme, which will mean that oil will no longer be priced in dollars.

The decline of American economic power linked to the current global recession was implicitly acknowledged by the World Bank president Robert Zoellick. "One of the legacies of this crisis may be a recognition of changed economic power relations," he said in Istanbul ahead of meetings this week of the IMF and World Bank. But it is China's extraordinary new financial power – along with past anger among oil-producing and oil-consuming nations at America's power to interfere in the international financial system – which has prompted the latest discussions involving the Gulf states.

Some analysts believe this may help to explain the sudden rise in gold prices and sets the stage for an extraordinary transition from dollar markets within nine years.

One blogger we read dismisses the Ridiculous Hype Over Secret Oil Meetings.

Mike 'Mish' Shedlock says, "Pricing oil in Euros (or even sillier - a basket of currencies) will not cause anything to happen. If pricing unit changes do happen, they will be a result of sentiment changes in regards to existing dollar hegemony and not the other way around. Dollar Armageddon is not coming over a pricing unit, nor did the US invade Iraq for that reason. The story is nothing but meaningless hype."

Please read disclaimer at bottom of blog.
Posted by Whisperer at 3:13 AM

Email ThisBlogThis!Share to TwitterShare to FacebookShare to Pinterest
Labels: Interest rates, US Dollar