So where are we heading? 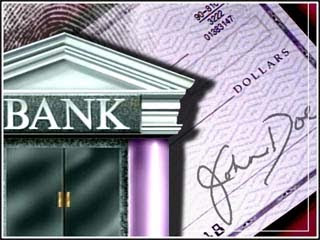 So where are we heading?

As faithful readers know, we often profile US bank failures on Friday. This stems from our Prime Minister who early on in 2009 said, "there won't be an economic recovery until the U.S. financial system is repaired."

But that pales to the list of over 400 banks who are teetering on the edge of insolvency. So dire is the looming problem that the cash-depleted Federal Deposit Insurance Corporation has hatched a plan to require banks to prepay three years of quarterly fees. The little accounting trick will generate $45 billion in cash for the FDIC, an amount it normally would've had to wait years to get its hands on.

It's an odd move because the FDIC could simply borrow money from the Treasury Department. This is well within the rules of the FDIC. The agency has a credit line with the Treasury to tap as much as $500 billion in emergency capital through the end of next year. But the FDIC is worried that if the agency, which has always been privately funded through bank assessments, borrowed money from the Treasury, it would look like a new bank bailout, eroding the sliver of confidence the public has regained in the USA's banking system in the past few months.

Instead the FDIC has arranged this 'dues pre-payment' option. But won't this hurt bank earnings or deplete lending?

It seems the FDIC is going to take advantage of an accounting quirk that allows companies to spend money on something but not actually tell their shareholders about the cost until the asset is gone. As Time magazine notes, "for you and me, it would be like shoplifting at the supermarket and then dropping off cash every time you decided to eat something. A can of beans might not cost you anything for years. The rule is supposed to match the revenue generated by the stuff a company buys with its costs, and it is called depreciation. But to anyone other than a CPA, it looks like a sleight of hand."

So US bank troubles continue and the FDIC is scrambling to prepare for an avalanche of additional failures.

Meanwhile the trend of strategic mortgage defaults in the United States gallops along, compounding the woes of the banking industry.

It all adds up to what we having been suggesting for months... that the underlying economy is still very weak and that the current stock market rally is nothing more than a bear market trap.

The million dollar question is: when?

It's a crucial question. When it comes to investing, being too early is being wrong.

Someone who is positioned for inflation decades too early will get creamed. Likewise, someone who is betting on deflation for 20 years will get hurt if inflation kicks in next month.

One reader suggested in an email we might be even be facing a period of mixed-flation; inflation in some asset classes and deflation in others.

Let's wind up the week with Bank of Canada Governor Mark Carney's latest warning that there is "no guarantee rates will stay low" .

Please read disclaimer at bottom of blog.
Posted by Whisperer at 12:15 AM