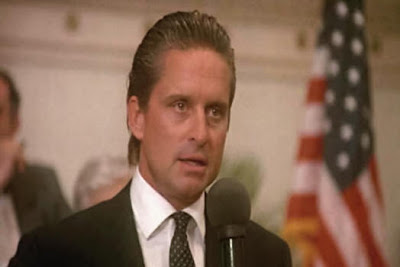 I ran across a former co-worker today.

'Bill' (not his real name) and I hadn't seen each other in about five years and we caught up on things over lunch.

Back in 2002, Bill and another colleague ('Steve') had invited me to join them in a 'can't miss' venture.

Yaletown was just starting it's transformation and under construction was a new condo development at the corner of Seymour and Davie. Known as Tower 1, the Brava development was about to become available for pre-sale.

Offered at a 'bargain' $306 per square foot, Bill and Steve were planning on snapping up four of the two bedroom condos (two each). At 880 square feet, each two bedroom unit was selling for about $270,000.

The objective wasn't to actually complete the purchase. The plan was to sign an agreement to purchase (an 'assignment') and then in six or eight months, sell the assignment for a profit.

It was my first introduction to condo flipping.

Bill was a very convincing. He had done this before and was ecstatic about the possibilities. Recognizing the early stages of a real estate bubble blowing up before our very eyes, Bill could see the easy money... and he made a convincing argument.

It was the lure of easy money... but I passed.

Was it a mistake?

Bill and Steve sold their four assignments for over $360,000 per unit just 8 months later. After fees, they each netted over $120,000 each for their efforts.

Not a bad return for their $20,000 investment over eight months.

Bill came back to me with another project the next year, this one in Tinseltown. Your humble scribe declined on that one as well.

It was an attractive gamble, I said, but what happens if the market collapses?

Bill would have nothing of it. It was a "license to print money". After that, we lost touch.

As we know, the real estate market exploded upward for the next few years. Hundreds of others followed Bill's idea and condo developments sold out everywhere within hours of opening their pre-sales centre. Long lineups were the norm and each new development sold out faster than the last; each one an 'event' profiled on the local evening news.

And then the real estate market crashed.

With each passing year, he took his profits and leveraged more and more pre-sale purchases. Things were so good, he quit his job and turned to real estate flipping full time.

When the market crashed he had 34 assignments on the go.

Worse, Revenue Canada began tracking down assignment sales and he was audited... apparently the government expected that these profits should be declared as income at some point.

After a messy divorce, he's currently trying to rebuild his life.

Does he regret his choices?

Yes and no. He certainly wishes he had moderated his greed and managed his affairs better.

Coincidently a faithful reader has sent along a copy of an email offer he received from Ozzie Jurock today.

Greed, in real estate, is apparently back in vogue.

If you choose to sign up, good luck. You know my thoughts on what's coming.

Please read disclaimer at bottom of blog.
Posted by Whisperer at 12:15 AM