Or is it the Looming Era of Deflation? 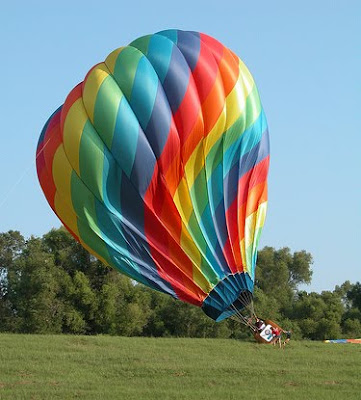 There has been an interesting trend developing lately in the bond market.

Some of the world's biggest bond funds have been buying longer maturity US Treasuries in recent weeks. With significant flattening on the long end of the yield curve, analysts believe this reflects the re- emergence of deflationary fears. Basically the treasury market is increasingly skeptical of the reflation effort taking hold in the North American economy.

If they are correct the United States will be at the center of an ongoing deflationary de-levering as opposed to an accelerating, inflationary growth period.

Those that hold to this opinion believe that deflation is being fuelled by continuing overcapacity, shrinking credit, reduced corporate spending and falling consumer demand.

Backing this up is data showing consumer prices falling at their fastest clip ever last month in Japan (no mean feat considering Japan has been fighting a losing war against deflation for much of the past two decades). Meanwhile Germany, Europe's biggest economy, has now suffered through four consecutive months of sliding prices, and the rest of the region that uses the euro is not faring much better.

Should deflation take hold, the result would inevitably be years of dismal economic performance, staggering unemployment, deeply pessimistic consumers and businesses that cease spending and focus on surviving.

“We are certainly in a deflationary state,” said David Rosenberg, chief economist and strategist with Gluskin Sheff and Associates in Toronto. “Of that, there's no doubt.”

“I think people still have no clue as to just how weak the economy is,” Mr. Rosenberg said.

The ultimate fear is that if you remove the massive stimulus being administered by governments, most economies are at a virtual standstill.

The end result? A decade of stagnation for the North American economy.

Perhaps that's why Bank of Canada Governor Mark Carney, in a speech to the Greater Victoria Chamber of Commerce on Monday, called on the private sector to step up and get the economic recovery going.

"The global recovery is in its earliest stages, and is almost entirely driven by public policy," Carney said. He then warned that governments and central banks have done all they can after putting in place "war-time spending on a peaceful calamity".

"It's now up to the private sector to start spending," Carney said. "Otherwise, the fragile recovery will weaken as government stimulus ends. Consumer and business spending will need to drive economic growth in Canada."

Oh my... it's back to scolding the 'bad consumer' again.

So are we set to trigger inflationary times as the end of the recession moves trillions of stimulus dollars into circulation and combines with the pressures of servicing massive amounts of government debt?

Or will the economy sputter with faltering demand, dropping prices, rising unemployment and plateauing interest rates because financially-stressed consumers are unable (or unwilling) to go back to their hyper-consumer ways?

It's hard to say. But one thing is for certain: deflation is far more destructive than inflation.

Just this past Monday, the City of Vancouver confirmed it will eliminate 60 full-time jobs in order to deal with a $61 million budget shortfall this year. The revenue woes are being blamed on the weak economy and federal and provincial budget cuts.

And that's only the tip of the iceberg.

If deflation takes hold, the stock market will suffer a massive correction, tons more businesses will fail and unemployment will skyrocket beyond what are already substantial highs.

And what will that mean for real estate?

Hundreds of thousands of newly unemployed will be unable to pay mortgages. Wave after wave of boomers will be retiring each year and desperately trying to sell their homes because that's where their retirement funds are stored. And the younger generation is unable to step up and fill the void because they lack both the numbers and the income from a floundering economy.

Back in February and March we made a number of posts about the possibility of a depressionary slide.

And while we lean towards the inflationary outlook (75% vs 25%), the reality is either scenario is still possible.

There is only one thing for certain. Neither inflation or deflation bodes well for real estate.

Please read disclaimer at bottom of blog.
Posted by Whisperer at 1:30 AM